A new credit scoring system is being developed that aims to create a more complete depiction of a consumers financial standing, which will include payday loan applications, rental payments in collection and judgments for child support, phone bills, property tax liens, and utility bills, among many others.

CoreLogic, which was founded 1991, introduced the CoreScore credit report earlier this month as a means of giving lenders an opportunity to make better informed lending decisions, with the actual score coming in March of 2012.

All of the information included in CoreScore is publicly available which the major credit bureaus typically overlook as trivial or too complicated to track. Critics are saying that this new scoring could adversely affect low-to-mid income consumers’ ability to borrow and even find a job. END_OF_DOCUMENT_TOKEN_TO_BE_REPLACED

Following precedent set by the recent “Bank Transfer Day” movement, consumers who are fed up with their credit cards are encouraged to participate in “Balance Transfer Day” on Dec. 11.

Spearheaded by Music for Change: Financial Literacy Initiative — an organization that has previously preached financial awareness via musical performances —has decided to take a more proactive approach to influencing people to reconsider who they are willing to give their assets to.

“The goal is to bring newborn light onto the unethical practices and regulations that the credit card industry performs on a daily basis. 29.99% on late payments is brutal in this economy,” Ellina Graypel, a spokesperson for Music for Change told Attiyya Anthony of Credit-Land.com. END_OF_DOCUMENT_TOKEN_TO_BE_REPLACED

The bank, headquartered in New York is producing their new British Airways Visa card with a computer chip inside that contains account information. These computer chip cards are meant to provide more security and protection from hackers than the normal magnetized strips.

The credit card technology is becoming a standard in the overseas market and it is part of the industry standards referred to as EMV. While other countries have been utilizing the technology, American credit cards are starting to take notice. There are some considerations, however, that should be made concerning the technology. US merchants must make necessary upgrades to their credit card processing systems in order for the cards to be functional. The costs of those upgrades have made many END_OF_DOCUMENT_TOKEN_TO_BE_REPLACED 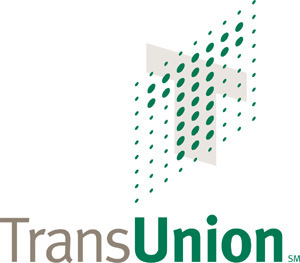 According to a survey conducted by TransUnion, the consumer credit reporting bureau, an estimated 56% of American consumers have not conducted a personal credit check during 2011.

Credit scores are the core of a consumer’s financial stability and since less than half of American’s with a credit history are not following through with financial expert advice – to check credit reports at least annually, if not every 6 months. Those working to improve their credit score should be checking scores more frequently.

It this day and age, consumers are doing their financial stability an injustice by staying in the dark about their credit score. Consumers will need to spend more money for basic services and products they use in their daily life if their credit score continues to stay low. More industries are looking at credit scores before providing services like utilities, rental properties, cell phones, and even employment opportunities. Low scores will guarantee more upfront security deposits and higher interest rates on personal loans and mortgages.

Financial experts have also pointed out that nearly 80% of consumer credit reports contain some kind of inaccurate information or mistake. For this reason, consumers are encouraged to regularly review credit reports and file END_OF_DOCUMENT_TOKEN_TO_BE_REPLACED

The Federal Trade Commission has sued a Texas company for charging fees to customers before services were rendered.

The lawsuit filed by the Federal Trade Commission alleges that the Texas company, RMCN Credit Services, has been unlawfully charging prospective clients credit repair service fees before any work is performed. The FTC filed the lawsuit as part as their renewed effort to cut down on credit repair companies and their associated scams.

The FTC has been working to ensure that consumers who are undergoing financial problems are not being victimized by so-called credit repair service companies. The agency found that RMCN Credit Services were charging consumers a retainer fee that went as high as $2,000 for some clients. The retainer fee went towards fees to cover with credit repair help.

The RMCN retainer fee was a direct violation of federal laws that do not allow credit repair agencies to collect any kind of fee without first performing specified credit repair services. The FTC found the Texas company to be charging the retainer fee to clients upfront before work was completed on behalf of the client. END_OF_DOCUMENT_TOKEN_TO_BE_REPLACED


Bank of America predicts U.S.’s credit could be downgraded again

Bank of America issued a stark prediction last Friday, asserting that the nation’s credit rating could see another downgrade before the new year.

BofA Merrill stated they do not expect substantial progress from the congressional super committee charged with finding large reductions in government spending.

This comes after Standard and Poor’s downgraded the U.S. from a AAA to AA+ in early August, a move that drew rebuke from politicians and pundits alike and removed much credibility of any touted economic recovery since the recession began in 2008.

Moody’s, another major credit rating company, said back in August that the U.S. could see a downgrade from their institution before 2013 if it observes “(1) any weakening of fiscal discipline between now and then or (2) a significant deterioration in the economic outlook resulting in adverse fiscal implications that are not offset.”

The bi-partisan congressional super committee was formed as a means explore reductions in federal spending, but has been having a hard time agreeing on cuts. One huge drain on federal capital is our on-going foreign wars and large defense contracting programs, which total more than 700 billion annually.

President Barack Obama stated last week that combat troops in Iraq would all by pulled out by the end of December, which will surely bring a huge reduction in Department of Defense spending and could bolster the economy.

For those who are pursuing a military career,  a poor credit score can be the downfall of a much anticipated promotion or the ability to obtain security clearances necessary for the job. While consumers in general need a good credit score to ensure they don’t pay extra for utility services, car insurance premiums, and loan interest rates, bad credit can seriously affect the lives of those in the military.

Pioneer Services has stepped in to help military families who are struggling under the burdens of bad credit and big debts. The company has created a kit with a downloadable PDF information sheet which provides the data a consumer needs to improve credit and reduce debts. The kits also contains podcasts and other interactive information to increase financial literacy among military families.

Military families are often hit hard by the burden of debt and bad credit due to low-end pay rates, frequent re-location, and basic consumer credit mistakes others often make. However, because of the risk to one’s career within the military, END_OF_DOCUMENT_TOKEN_TO_BE_REPLACED

For consumers that have been working to repair credit and get finances back into a stable place will still find that applying for a new credit card will likely involve getting a high annual percentage rate despite improved credit.

Creditcards.com’s October 7th survey showed that most new credit card offers come with record high APRs, averaging around 14.97%. This is the highest APR seen since tracking began in 2007.

Credit repair efforts are more important than ever since most lenders and credit card companies are looking for excellent or better consumer scores. Those that maintain decent to good credit scores may still find it difficult to get the best interest rates on personal loans, credit cards, and mortgages. Credit repair allows consumers to up their consumer credit scores in a reasonable period of time if the work is done to correct past credit mistakes. 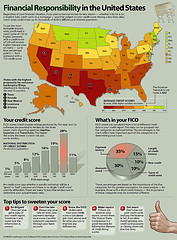 
Experts Warn Against Sharing Good Credit Scores with the Unworthy

There are many consumers who have less-than-perfect credit scores these days thanks to the many economic problems facing Americans. However, experts are appealing to those that have been able to maintain their good credit profile not to share their good financial status with others in need.

Since credit scores are used by nearly every industry today, financial experts warn consumers about taking on financial obligations for others because you have a better credit score. This includes becoming a co-signor on a mortgage, car loan, or even a rental application. When you act as a co-signor on someone else’s financial transactions, you are putting yourself in the position of not only having to repay the obligation but also ruining your own good credit standing should the other person default.

More often people who have good credit are asked by loved ones to help them financially. While it is certainly up to you to decide to lend someone cash, it is never wise to lend them your credit status. Those who have maintained low credit scores likely END_OF_DOCUMENT_TOKEN_TO_BE_REPLACED